america. keep your farts to yourself 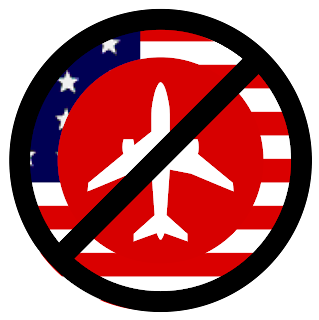 It’s time for the world to react… in a big way. All signatories to the 2015 Paris agreement on climate change should join forces in keeping all commercial airline flights that originate on American soil from entering their airspace — every plane flight leaves behind a massive carbon footprint. (see stats in 2nd article).

“Only future generations will be able to calculate the full consequences of President Trump’s incredibly shortsighted approach to climate change, since it is they who will suffer the rising seas and crippling droughts that scientists say are inevitable unless the world brings fossil fuel emissions to heel.
But this much is clear now: Mr. Trump’s policies — the latest of which was his decision to withdraw from the 2015 Paris agreement on climate change — have dismayed America’s allies, defied the wishes of much of the American business community he pretends to help, threatened America’s competitiveness as well as job growth in crucial industries and squandered what was left of America’s claim to leadership on an issue of global importance.”
— The Editorial Board, The New York Times
Read more here…

“For many people reading this, air travel is their most serious environmental sin. One round-trip flight from New York to Europe or to San Francisco creates a warming effect equivalent to 2 or 3 tons of carbon dioxide per person. The average American generates about 19 tons of carbon dioxide a year; the average European, 10.
So if you take five long flights a year, they may well account for three-quarters of the emissions you create. 'For many people in New York City, who don’t drive much and live in apartments, this is probably going to be by far the largest part of their carbon footprint,' says Anja Kollmuss, a Zurich-based environmental consultant.
It is for me. And for people like Al Gore or Richard Branson who crisscross the world, often by private jet, proclaiming their devotion to the environment.
Though air travel emissions now account for only about 5 percent of warming, that fraction is projected to rise significantly, since the volume of air travel is increasing much faster than gains in flight fuel efficiency. (Also, emissions from most other sectors are falling.)”
— Elizabeth Rosenthal, The New York Times
Read more here…