"The idea that nothing can travel faster than light in a vacuum is the cornerstone of Albert Einstein's special theory of relativity, which itself forms the foundation of modern physics. If neutrinos are traveling faster than light speed, then one of the most fundamental assumptions of science—that the rules of physics are the same for all observers—would be invalidated. 'If it's true, then it's truly extraordinary,' says John Ellis, a theoretical physicist at CERN. [...]
The experiment is called OPERA (Oscillation Project with Emulsion-tRacking Apparatus), and lies 1,400 meters underground in the Gran Sasso National Laboratory in Italy. It is designed to study a beam of neutrinos coming from CERN, Europe's premier high-energy physics laboratory located 730 kilometers away near Geneva, Switzerland.[...]
'If you give up the speed of light, then the construction of special relativity falls down,' says Antonino Zichichi, a theoretical physicist and emeritus professor at the University of Bologna, Italy. Zichichi speculates that the 'superluminal' neutrinos detected by OPERA could be slipping through extra dimensions in space, as predicted by theories such as string theory."
— Scientific American
Read more...

" 'It would be the biggest physics discovery in a century because we'd have to completely revise everything from subatomic physics to what we know about how the universe evolved,' said Neil Turok, director of the Perimeter Institute for Theoretical Physics in Ontario, Canada.
Einstein's theory of relativity incorporates his crucial idea that the speed of light—about 186,000 miles a second—is a barrier that can't realistically be breached. In the famous equation E=mc² that equates mass with the energy contained within it, for example, the 'c' represents the speed of light. If particles go faster than light, things become troublesome.
Under such a scenario, an observer in a rocket ship traveling near the speed of light who was watching the Gran Sasso experiment taking place, 'would detect the neutrino before it was emitted—they'd see it going backwards in time,' said Dr. Turok."
— Guatam Naik, The Wall Street Journal
Read more...
Posted by Folded Sky at 17:05 No comments:

"America is far less inclined than many of its rich-world peers to use taxation and redistribution to reduce inequality. The OECD, a think-tank, reckons that taxation eats up a little less than 30% of the average American’s total compensation, compared with nearly 50% in Germany and France. America’s top federal income-tax rate of 35% is lower than in many other advanced economies (although most Americans also pay state taxes). Britain’s top tax rate is 50%. Swedes and Danes acquiesce to tax rates that would outrage many Americans: Sweden’s top rate is 57% and Denmark’s is 55%. Unsurprisingly, the American state is also less generous to the poor. Unemployment benefits in the United States replace a smaller share of income, and run out more quickly, than in most European countries."— The Economist
Read more...

"It’s usually assumed that the reason Americans specifically don’t want to see taxes raised on the rich is because, in spite of driving a defunct GM brand four-door, they think of themselves as the 'soon-to-be rich.' But a paper published in the National Journal of Economic Research in July suggests otherwise. They offer that it’s not hoping to be on top that makes us not want the wealthier to be taxed more – it’s the fear of being at the bottom. It’s referred to as 'last-place aversion.' " — Tina Dupuy, Crooks and Liars
Read more...
Posted by Folded Sky at 16:15 No comments: 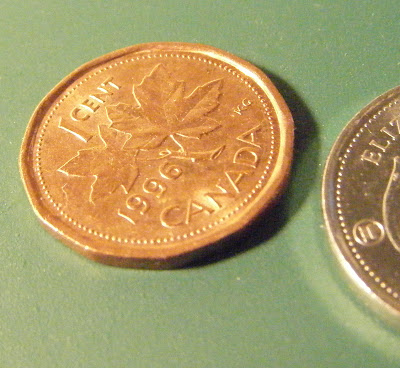 " [...] Research indicates that a copper surface is more effective at preventing the spread of germs than stainless steel. Copper has a 2000 year history of antimicrobial applications in a multitude of cultures. More recent research has sought to determine uncoated copper's effectiveness in stemming the proliferation of infectious disease. At the University of Southampton in the U.K. research studies have shown that many common disease causing microbes such as E. coli, Aspergillus niger (black mold) and Influenza A, die within hours on copper surfaces. The Influenza A family of viruses includes the problematic Avian flu and swine flu strains and copper can help contain a flu. Even deadly antibiotic resistant bacteria associated with infections such as MRSA (Methicillin Resistant Staphylococcus Aureus) die within 1.5 hours on pure copper. On stainless steel and plastics, typically used for food-processing hardware, pathogens survived unabated for days, sometimes more than 30 days. There is enough solid evidence to put man’s oldest metal to work throughout the world to help protect us from infectious disease. Tested copper alloys, such as brass or bronze also offer increased protection versus non-copper containing materials such as stainless steel, wood and plastics, although not nearly as effective as pure copper surfaces." — Bukisa
Read more...

" [...] Extensive laboratory tests have demonstrated copper's antimicrobial efficacy against key organisms responsible for these infections, and clinical trials around the world are now reporting on its efficacy in busy, real-world environments. [...] The latest trial -- conducted in intensive care units at three facilities in the United States -- has shown that the use of antimicrobial copper surfaces in intensive care unit rooms resulted in a 40.4% reduction in the risk of acquiring a hospital infection." —Science Daily
Read more...
Posted by Folded Sky at 09:32 No comments: