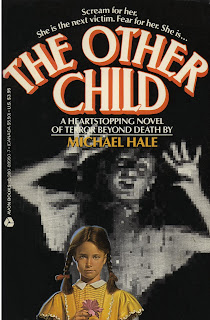 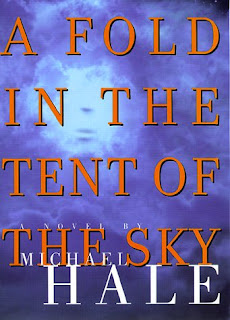 "Hale keeps the narrative on a human scale. At the same time, the story unfolds at a page-turning pace that sweeps the reader along. The result is a delectable book that is, for want of a better term, truly novel.”
— CNN Interactive

"[...] one of the freshest, most original takes on the serial killer novel to come around in a long, long time. [...] a hard-edged, exciting, and altogether captivating story that will have readers gasping for breath."
— Booklist (American Library Association) 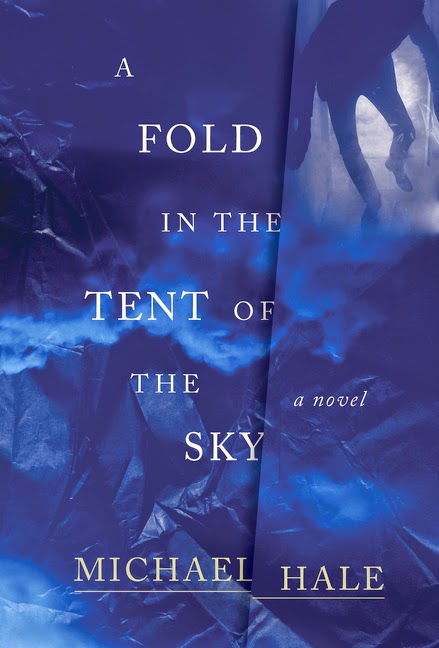 "[...] a suspenseful tale that skillfully weaves details from the characters' lives into a driving narrative that bounces back and forth through time while never losing its forward momentum."
— The Globe and Mail

Struggling actor Peter Abbott is about to land the biggest role of his life. His audition for Calliope Associates—a clandestine private investigation firm made up of men and women with highly developed psychic abilities—requires only proof of Peter's psychic skills, no dramatic monologue.
Business is booming until members of the group begin disappearing at the hands of fellow psychic Simon Haywood. His genius is matched only by Peter's, but Simon alone discovers a unique way to use his extrasensory skills to travel back in time, committing crimes without any trace. Simon's mind grows warped and paranoid as the universe strains against his tinkering.
Terrified that his extracurricular voyages will be curtailed, he plans to "erase" his colleagues. But Simon's methods are not exactly cold-blooded; instead he goes back to the moment of his victims' conception and prevents them from being created. Because no one in the present day recalls he or she ever existed, he's not caught . . . until Peter realizes what's happening.
Now time is running out as Simon's sociopathic travels are disrupting the universe, folding and twisting the constraints of matter to a near-breaking point and threatening to spin the entire cosmos out of control.
A Fold in the Tent of the Sky takes murder into a new dimension as it races toward its electrifying, time-twisting climax.

Get the ebook here... 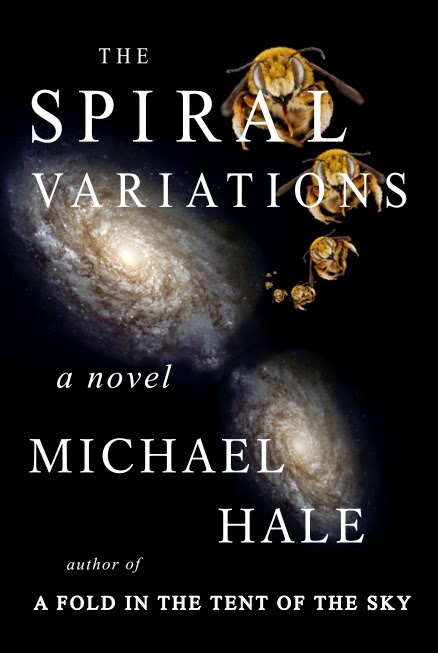 Beekeeper Eric Lancaster is flung into a strange but uncannily familiar world. And just when he thinks he's on his way home he is pulled elsewhere; caught up in a spiraling vortex of energies and enigmas that only nuclear physicist Lisa Barris' groundbreaking experiment can explain—and eventually resolve.
But along the way, hearts are broken, limbs are lost, and horrific crimes are brought to light.


"Honeybees and a cyclotron: a beekeeper trading parallel universes with his psychotic double, and kisses with a Steampunk heroine. [...] Talking dolls, cars that sing, trains that make movies—believe me, it all comes together in the end."
— Michael Hale (2007) 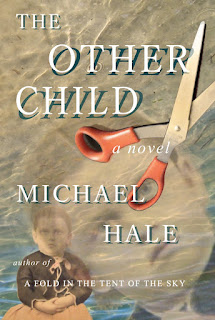 "Considering Hale's word-skill and tight plotting, it's all the more astonishing that [The Other Child] is only his first novel."
— The Ottawa Citizen

Other works yet to be published... 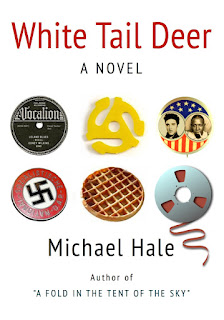 White Tail Deer tracks the journey of a reel of magnetic recording tape; from its creation in an I.G. Farben (BASF) factory in Ludwigshaven, Germany in 1937, to the Mississippi Delta in the forties—then on to England in the sixties, and back across the Atlantic to present day Canada.
In flashbacks and vignettes set in Hamburg, Liverpool, Mississippi and Toronto, the tape rolls through the years gathering the moss of history and leaving in its wake a provenance of affected lives: From the inmates of the slave labour camp that produced it, to the African-American pianist, Arlen Denison caught up in the brutality of prewar Hamburg, Germany.
From Mississippi Delta blues musician, Coney Wilkins to Benny Salter, member of the sixties “British Invasion” rock band, The Tupelos.
Along the way it pays out and pays back its precious cargo of incriminating evidence and world-changing music. But all who cross its path are tainted by its unsavoury, and sometimes horrific, provenance of compromise and corruption.