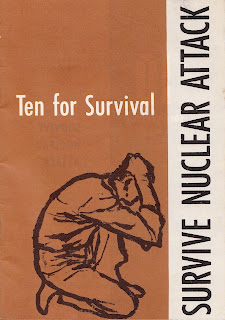 My copy of this booklet, again found among my parents belongings, doesn't have a print date, but from the article below, I would assume it must be either 1959 or 1961.
The house I grew up in, a typical tract house of its day (in Canada we call it a "subdivision" house) was built in 1960, and one of the optional add-ons was a fallout shelter. You could view it in one of the model homes. When I last drove by that house—the model home—I could still make out the rusted remains of the ventilation stack on the back side of the roof.

"Up for bid on eBay is this rare 1961 U.S. Government Office Of Civil & Defense Mobilization issued booklet entitled Survive Nuclear Attack - Ten For Survival. The seller says, 'This booklet was originally issued in May 1959, this is the March 1961 reprint. This 23 page paper booklet details what Americans should do in order to survive in the event of a nuclear attack. Issued to households in the Cold War era.'"
— Ephemera
Read more...

Here's the rest of it. The back cover is blank. You will notice a bit of show-through on these scans — the paper the booklet is printed on seems to be something like a 20 lb., uncoated bond. 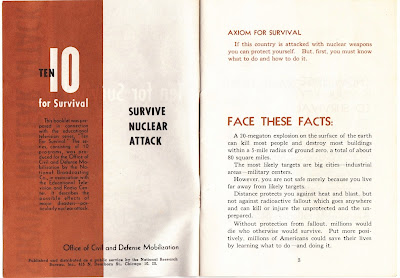 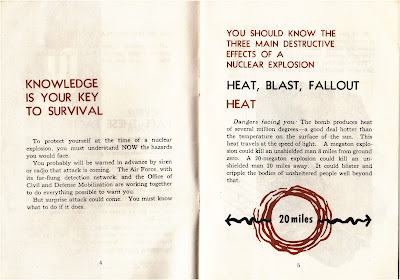 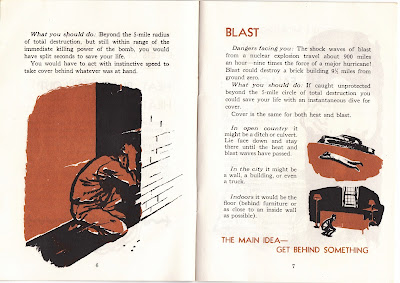 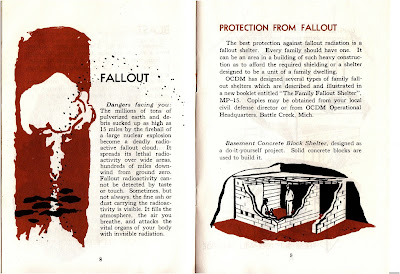 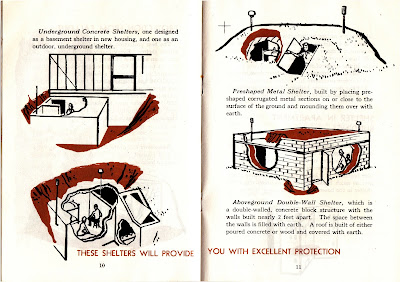 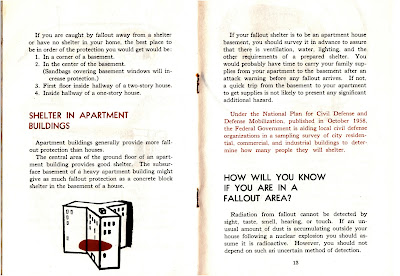 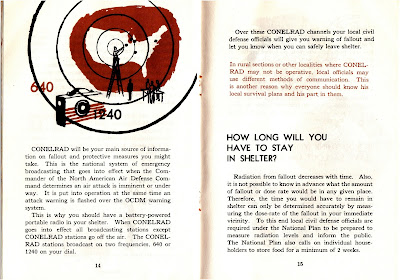 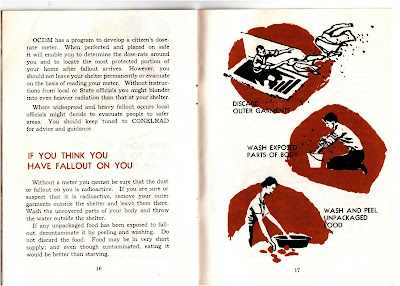 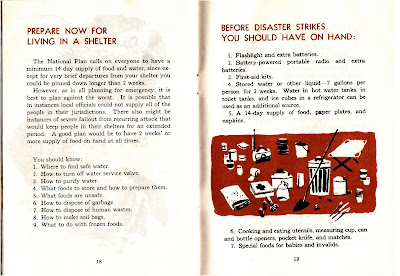 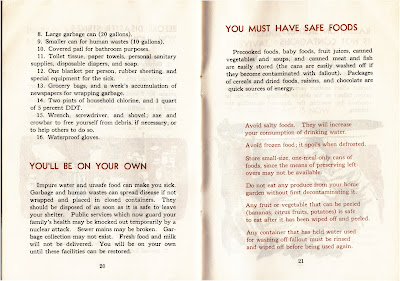 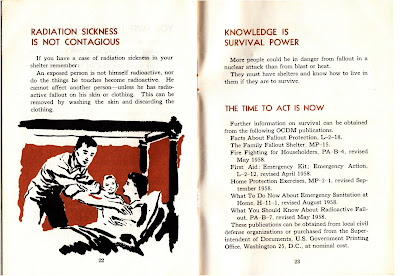 what we find and what we lose

Just came upon this bit of the past (November 21, 1986) among my parents' possessions — scraps of stuff left in the bottom of a drawer too precious to discard, I suppose. 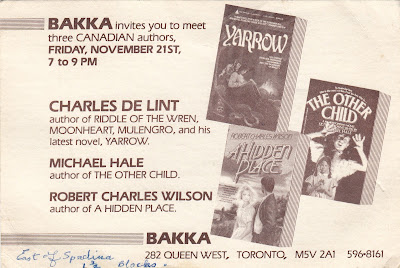 Here's a picture taken at the event; I have no clue who took it. John Rose (Bakka Books) sent it to me just after the signing: 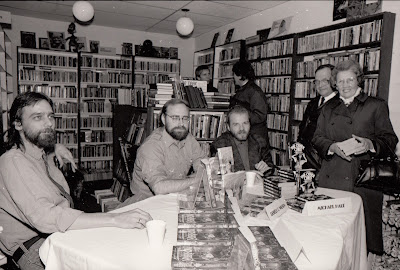 Left to right: Charles De Lint, Robert Charles Wilson, Michael Hale
The two people on the right are my parents May and Albert Hale.
I'm pretty sure that's John Rose in the back corner.
Posted by Folded Sky at 06:52 No comments: